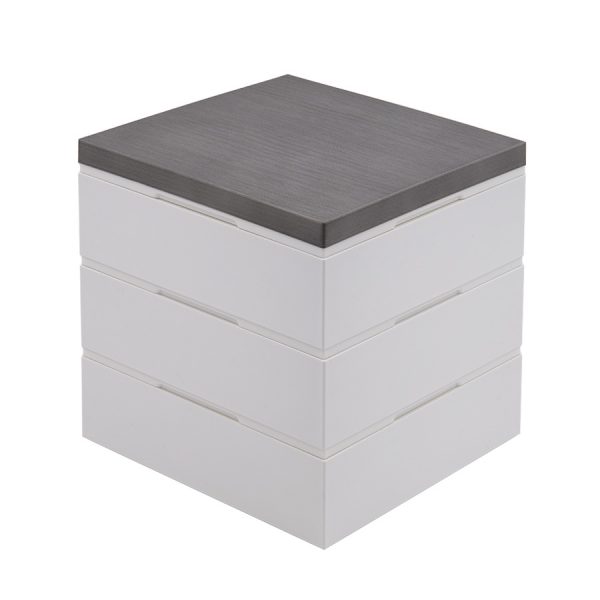 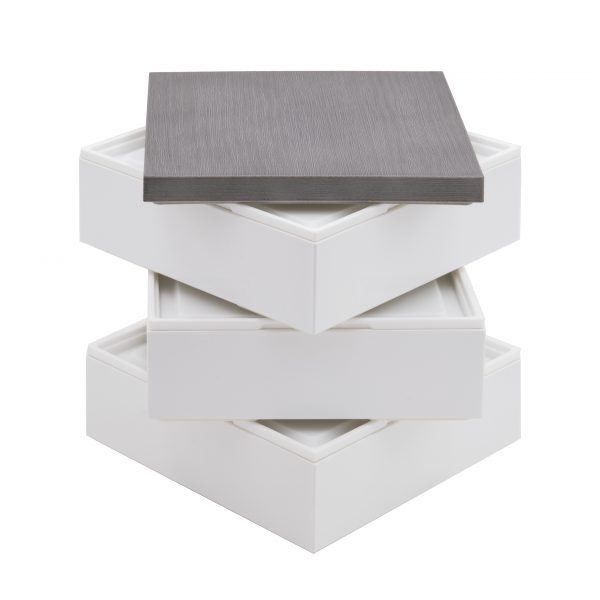 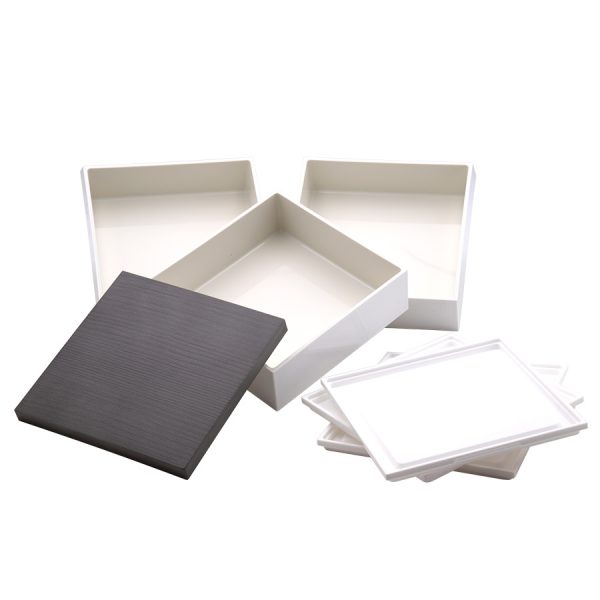 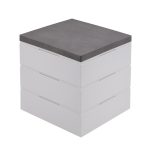 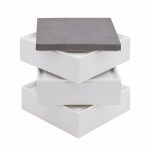 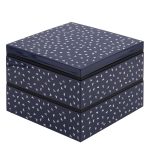 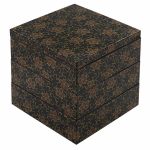 Lots of space and an essential design for your original snd unique picnics.

Bento box Kagoshima 2250 ml is a stackable 3-tier XL lunchbox. Its Japanese-style minimalistic design and the glossy lacquered finish containers blend perfectly with the matt grey wood effect of the lid, creating a harmonious contrast, which makes it unique.

The containers are equipped with silicone inner lids: you can choose whether to use them all for one single dish or indulge yourself in more than one preparation.

Bento box Kagoshima 2250 ml was created for picnics, but if you want to make a splash, you can use it at home to serve an elegant Japanese-style dinner. When not in use, it’s a classy furnishing object.

This bento is not microwave safe. Hand washing is recommended.

Kagoshima is located on the western end of Kyushu island. This town is considered to be Naples of Japan, thanks to its warm weather, its beautiful sea and its blue sky, but mainly for the volcano, which dominates the city.

Both Kagoshima and Naples offer breathtaking views, with a majestic volcano overlooking the gulf. Thanks to the Vesuvio, Naples is well-known all over the world, but you shouldn’t forget Sakurajima, the active, massive volcano, which towers above Kinko Bay.

There is a proper sister city relationship signed in 1960: both Kagoshima and Naples decided to dedicate to each other the name of a street or a square. In Naples, you can find “via Kagoshima” in Vomero quarter and “Largo Kagoshima” in Business Centre area.

Kagoshima, in addition to having a tram line dedicated to the Parthenopean city, wanted also to honor Naples with Napori dōri (literally Naples Avenue), a three-lane tree-lined avenue. Thanks to the signing of this sister city relationship, every year, Kagoshima’s municipality offers to ten of its lucky citizens a free ticket to visit Naples.